Dispersion, regime change and a peaked USD for 2020?

So an update from prior posts on the US economic outlook.

The November data has weakened off a bit per the LEIs: 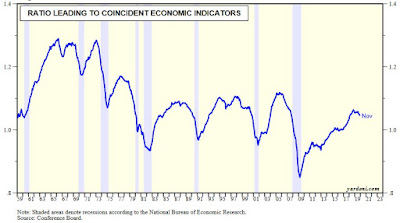 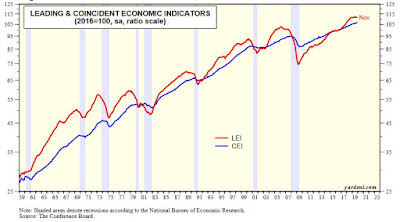 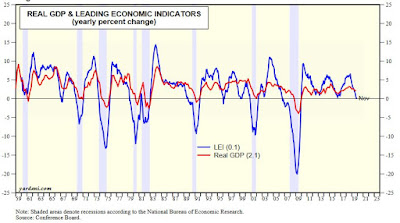 The LEI has gone more or less flat for the year. Looking at past instances of that either it rebounds pretty much immediately in Q1 or it is likely to weaken more, possibly into a recession.

Looking at the chart immediately above I have 12 instances of mid-late cycle slowdowns to flat YoY associated with 7 recessions, if you count the late 70s, early 80s recessions as one. So historically it has been a decent indicator, but not a certain one. 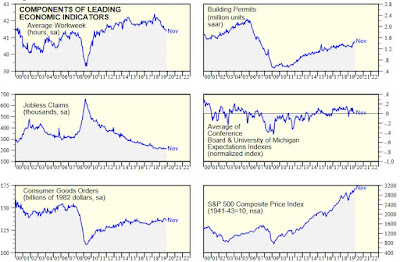 GDP looks slowish (1.5-2% for Q4?) averaging the Nowcasting surveys. It is not clear how the Boeing issues have been picked up by the two surveys: 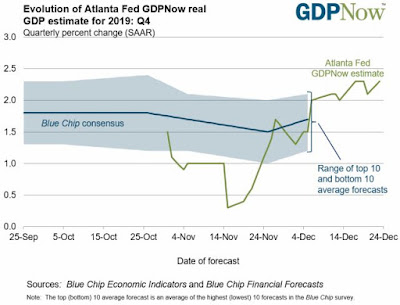 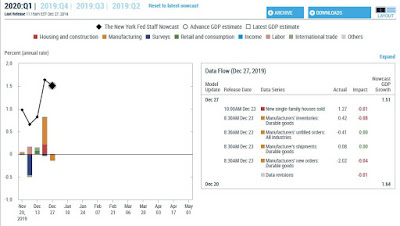 Margins are gradually falling as the boost from the tax cuts and stimulus wears off: 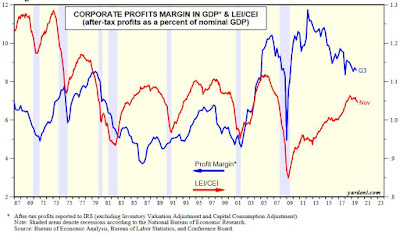 Factset has a rebound in margins next year, driven by non-US revenues and at $56 for oil, the oil sector seeing a profit rebound. 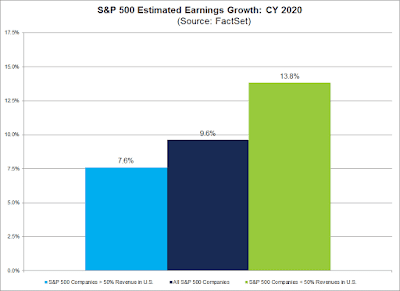 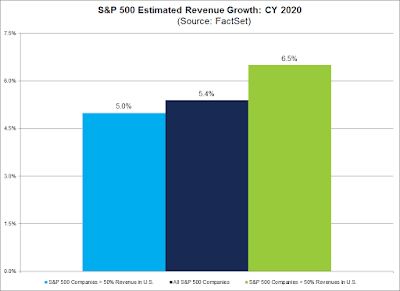 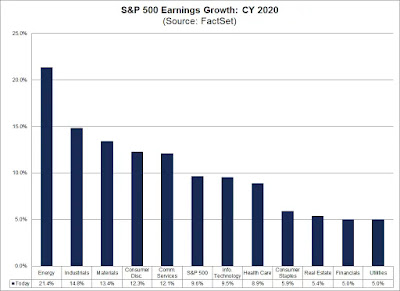 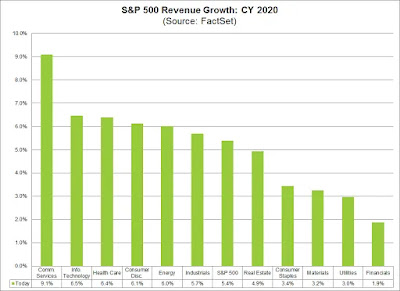 Overall 9.6% profit growth on 5.4% revenue growth seems fairly optimistic and likely to be downgraded. If margins are flat as non-US economies bounce then 5-6% profit growth is more realistic. If US margins remain under pressure and RoW goes sideways profit growth could be quite minimal.

It seems to me that things are slowing into the end of November. The Fed H8 survey of Business Loans shows flat business borrowing in December:

By Q2 Business Loans will be flat YoY which has always been associated with a recession.

But the S&P has soared to all time highs... I think the market has assumed that the Fed cuts in the second half and not-QE restarting will see an economic rebound in H1-2020. But if the outcome is more of a sideways economic performance as Fed stimulus comes up against full employment, late cycle dynamics and the ongoing trade issues. If a large part of the year end rally was a short squeeze then disappointing data may well be met with risk reversals. But looking at margin debt and commitment of traders, it looks more like speculators have reduced engagement with US equities in 2019: 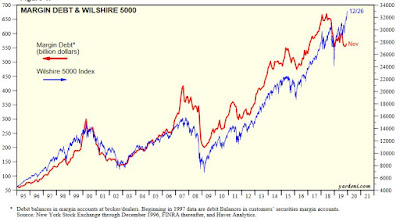 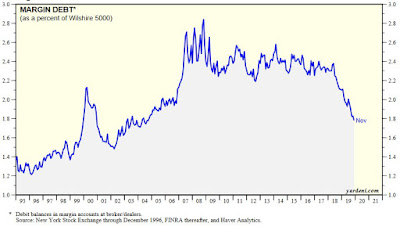 Market breadth is fairly high for the S&P500 but small caps continue to lag: 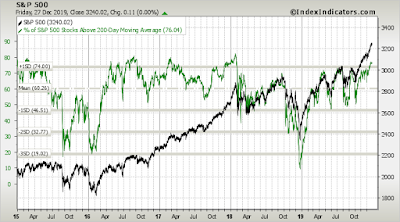 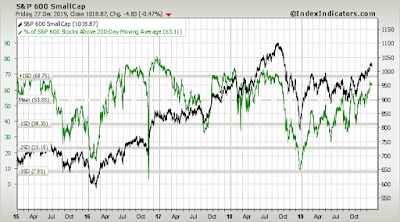 In terms of inventories, the auto sector seems to have dealt with most of the inventory overhang, so might stabilise, but we are still in the gap between ICE vehicles and PHEV/ BEV technologies being mainstream affordable, so its hard to see a significant rebound.

The industrial and wholesaler inventory build in 2018 and 2019, in advance of Trump's tariffs, has also not washed out yet. Some inventory liquidation would put more downwards pressure on the industrial economy in 2020.

So up to November the industrial sector was flat lining and the H8 lending data doesn't point to a December rebound.

If the Fed's proactive cuts and not-QE restart has averted a banking liquidity driven market crash and recession, which is what I had thought was fairly likely in the final months of the year, prior to them acting, then next year might be about dispersion and market regime change.

If there is no big risk off, then the USD might have peaked. I had expected a risk off phase to see a final USD rally, but with Brexit passing, supporting Sterling, the EU possibly agreeing a fiscal pact/ green new deal and a weakening USD supporting EM and a reduced US growth differential, its hard to see the USD making a new high. There are also signs that the USD now falls on mild risk off, so perhaps the USD bull market is over.

On the other hand maybe the data is set to get a bit worse. In the late 60s and 70s the Fed went through several hiking and cutting cycles while trying to juggle inflation and employment.