China debt - Y U NO include the assets?

Hardly a day goes by without someone raising the issue of debt in China.

China is a net external creditor so the debt is internal and due to distributional issues. For example a municipality issuing debt to build a bridge instead of taxes. Or an SoE which is loss making covering cash flow needs vs investment targets. CCP are dealing with the loss making/ mal-investment and curtailing asset speculation while ramping up infrastructure.

Secondly real rates are low in China and China is growing 6 or 7% a year, so the borrowers, if they have revenue growth, and the government does have tax growth, are real rate arbitrageurs.

The government also does have a positive net asset position as per several studies. from memory over half over GDP is still from SoEs. 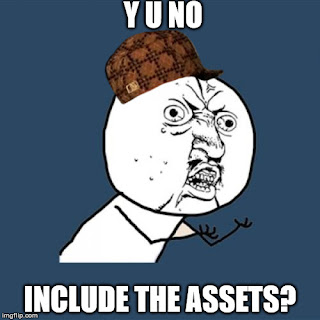 Hope you liked the Y U No guy with a scumbag hat.

Which is not to say CNY wont depreciate over time against the USD/ EUR. Just it will play out over an extended period and the short trade is negative carry and subject to squeezes.