Could foreign ownership of $4Tn of US Corporate debt be the $600Bn cross currency margin call of this cycle?

So I looked through the Treasury TIC data on who owns what fixed income/ credit assets in the US.

But to June 2018 there has been about a $10Tn increase or 47% of 2019 GDP increase in foreign holdings of US securities. Roughly 50/50 split equity and debt. The CA deficit has been running at about $450bn a year on average. 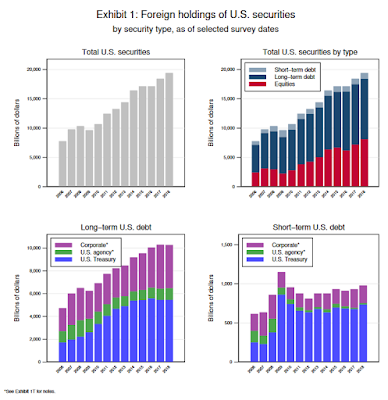 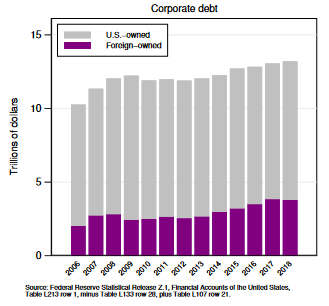 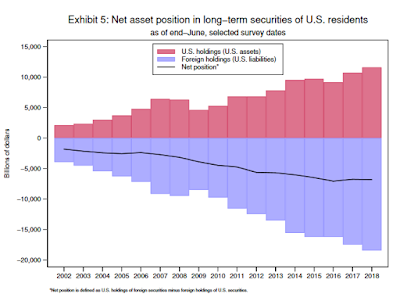 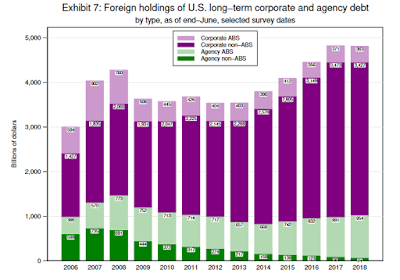 Held by the obvious holders: 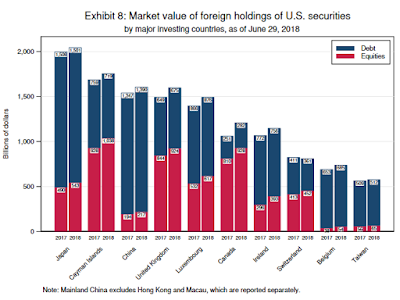 In Corporate debt bank and financial debt is the most common holding: 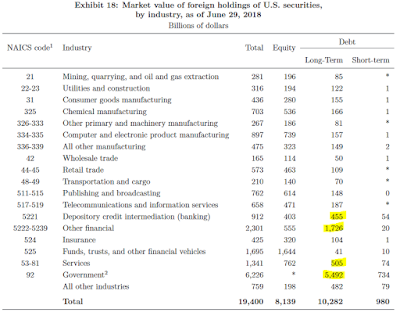 They owned 28% of corporate debt:

Using the monthly TIC data, the EU and UK/ City has been two of the big cumulative funding sources: 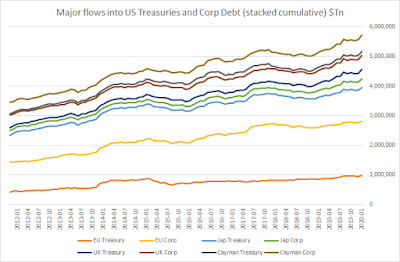 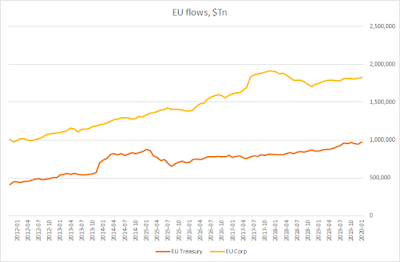 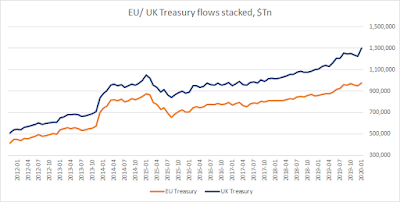 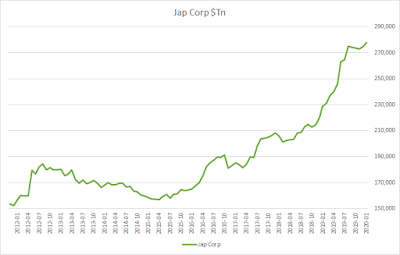 Using the monthly data foreign holdings of US debt rose $1Tn YoY to January and US corporate debt holdings rose to $4.2Tn by January 2020. But foreigners have been Corporate bond net sellers since last August, ie since the US curve inverted: 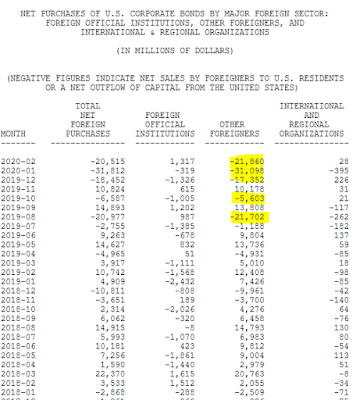 Cross border data is a bit harder to get but the TIC data has some and the BIS also does.

The table below summarises what I understand is TIC data showing US bank to foreign financial firm USD repos; they have grown 200% in this cycle but collapsed 40% in 2008: 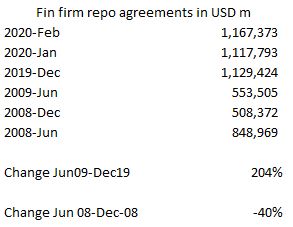 BIS reported cross-border bank lending has been growing over 10% recently, but shrank after 2008: 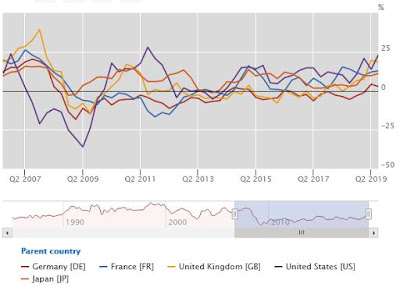 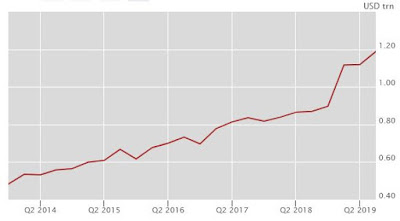 US bank liabilities to Japanese entities: 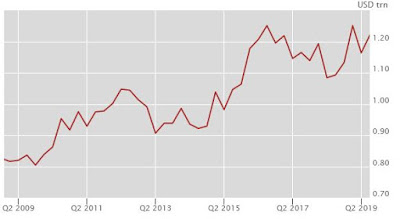 Conclusion
So is one of the weak links US corporate debt, including US financial debt, held 3-month xccy basis currency swapped, by EU and Japanese banks and insurers, whose own balance sheets are leveraged 10-20x?
Perhaps, the data I could find is not that granular, but we know QE leakage from Japan and EU caused xccy FX basis spreads to widen out precisely because of this imbalance.

Seems like a 15% price drop is the equivalent of a $600Bn quarter end margin call. This might help explain the scale of the sell off of US investment grade credit in March. But I don't feel like the bottom is in yet. It does not feel like there has been enough forced selling or a big enough bankruptcy yet.
Either way foreign holders of US corporate debt have been selling since last August, and attracting a lot of net Treasury investment at near zero yields might be a struggle. The US has a $400bn pus CA deficit to finance. All of this points towards a much weaker US Dollar in Trump's likely second term.

Posted by Strategic macro at 11:55