Here is a link to the note: Global Money Notes #29 U.S. Dollar Libor and War Finance

I thought this Zoltan note was interesting. The Fed has basically fixed the plumbing in Treasury, Repo, OIS, FX swap markets. But that says nothing of IG corp credit or worse quality assets and we know the intermediation problems during risk off in credit. But the US has had about $5Tn in CA deficit funding this cycle and a lot of that is xccy QE leakage from EU, Jap, Asian banks and insurers who themselves are 10-20x balance sheet leveraged. I dont have data for how much corporate credit risk they hold but its not zero. I also understand that much of the FX hedges are done on a 3 month basis. So they are borrowing short and lending long and do have mark to market USD funding risk on the 3 month FX swap rolls (to my understanding).

As such I think the case for a renewed risk off is economic expectations deteriorating for Q3 over the coming weeks, and some initial selling cascading into a stop out run from the top with IG being liquidated and that spreading out into higher risk assets.

After that the Fed/ Treasury will be under pressure to do much more in IG credit, probably via a much bigger Treasury backstopped corporate credit vehicle. It will probably have to be $1Tn or so in promised size, the existing SMCCF has only $25bn in equity from the Treasury, so that would need to be upsized 5-10x I think.

I would have thought the USD index and 10yr yield would get wind of this in advance. So far US 10 yr has gone sideways this month, more or less, but is developing a breakout wedge formation and USD is on a big support line and should bounce if its risk off. The Yen might also start to move if the US 10yr breaks 60bps on the downside to yields.
Nevertheless, in the meantime equities can probably try for the 3000 mark on the S&P as Trump tries to map out a reopening of the economy and then declares total victory. 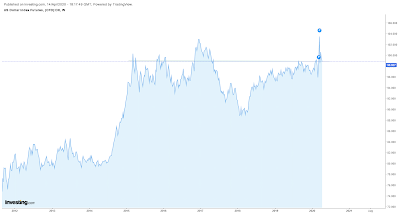 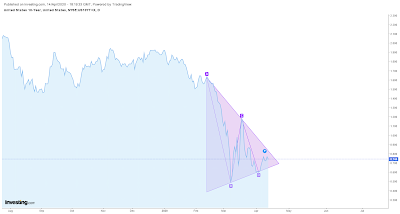 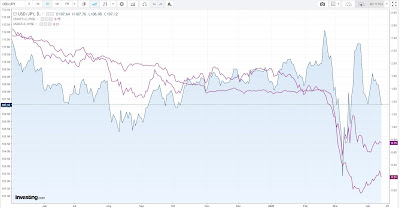 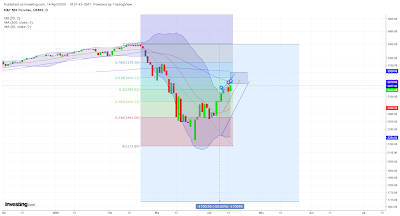 Posted by Strategic macro at 11:40