Inflation breakevens are above the Fed's 2% target, yet it looks like Treasury real yields might also be about to break out above the 1% cap QE seems to have placed on them. Can the US 10 year try for 3.25%

Posted by Strategic macro at 05:42 No comments: 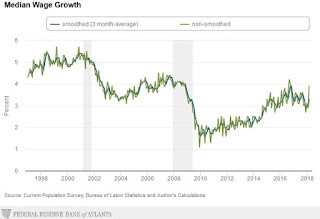 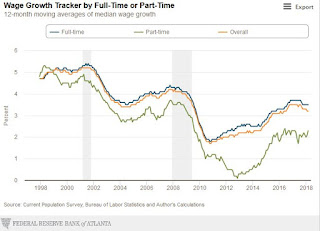 Posted by Strategic macro at 05:10 No comments:

Could Vene hard default after the Presidential elections on 20th May?

Oil production is around 1.5mmbpd and forecast to go to 1.1mmbpd later this year and lower in 2019

But they use 425k bpd domestically and pay JV partners including China and Russia 550k bpd.

So at 1.1mmbpd production there is basically nothing to pay for imports, bonds or increased maintenance capex

Something has to give and with the potential for more sanctions, blaming a hard default on sancitons is a way to keep going

Having moved the military into manage oil production could also be a sign they are preparing to hard default; they want to keep control, maximise graft and manage the hard default scrario vs creditors

https://www.platts.com/latest-news/oil/london/venezuelas-oil-woes-worsen-as-output-slides-to-10357027
Posted by Strategic macro at 06:22 No comments:


I have written a few blogs on monetary inflation post-08 and how as its power wanes the crashes get closer to the source the sources being the Fed and PBoC.

Well, there are signs that global prime residential is rolling over; London, Manhattan, Toronto are all off 'bigly' with much further to go in my view, Dubai is grinding lower partly on high supply, partly the lower oil prices. Some other markets seem to still be powering higher, notably San Fran and Hong Kong.

Always hard to time the top but the rise in Libor in USD is hurting the pegged currencies. Dubai seems to mainly be a local cash second home market, but Hong Kong is clearly leveraged up the wazoo.

Now the HKMA is starting to intervene to maintain the peg. The only problem is there is almost an unlimited amount of forwards than FX traders can sell and all the HKMA can do is shrink the private sector money supply to maintain the peg. Genuine capital outflows face the same problem, they cause a shrinking domestic money supply as HK$'s in the money supply get given to the HKMA in exchange for USD$ reserves held by the HKMA. That has to cause a credit crunch in the same way that inflow caused credit expansion on the way up.

I'm not sure what mechanisms the HKMA could use to try and sterilize these effects but either way the market seems to be witnessing a ridiculous blow off top phase. If the HKMA just expands private credit at the rate of interventions, then presumably it could face a Black Monday type event were outflows beget outflows. 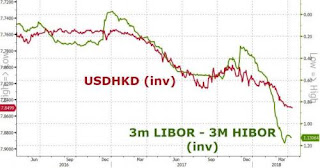 An article on residential property and some relevant charts below:

I don't have time to dig into the components behind the numbers but at a headline level since end-2008:

What could possibly go wrong?

http://strategicmacro.blogspot.co.uk/2017/10/chinese-credit-leakage.html
Posted by Strategic macro at 07:23 No comments: 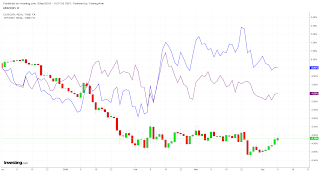 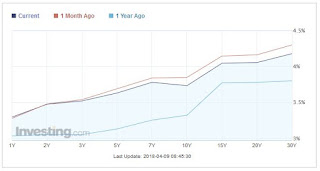 Posted by Strategic macro at 04:41 No comments:

Bank credit growth stalled in Feb as banks liquidated Treasuries and other securities but it has continued its slow growth path in March.  Maybe the rise is Libor vs OIS is part explained by foreign banks and some of their overleveraged customers being hit with duration or other losses. The next shoe to drop in my view is probably people long USD duration; so principally leveraged prime real estate, and leveraged USD borrowers.
We are already seeing prime residential in places like New York, London, Toronto more or less in freefall.

Next up, downwards rent reviews for offices.

But for the domestic US economy rates are still low and the Fed has not reduced that much of its balance sheet.

As such I think we are still in the transition phase of the last cycle having more or less ended and the new cycle not having started and avoiding a recession in between via low interest rates.

Posted by Strategic macro at 02:35 No comments: