So I wrote about the risks to Sri Lanka in Jan 2020: How close is Sri Lanka to a debt crisis?

2 years later and having lost market access in March 2020 as their bonds crashed, they had opted to try and muddle through, but over the period implemented few real reforms and instead actually expanded public sector payrolls.

I did previously think that with a recovery in tourism and robust oil prices helping exports and remittances with the GCC countries, they could probably make it, if they prioritised debt service and self helped themselved with tax hikes and reforms. But they havent done that and have now been hit with much higher oil and food import costs. They are now on the cusp of default in my view.

After going through the Article 4 report and monitoring the news these are my current views:

1.    Keep paying the debt (current policy)
As we know Cabraal had wanted to stay current and rebalance the economy over time and on Sri Lanka’s agenda and not be forced into an abrupt adjustment such as abandoning the FX peg or a chaotic and uncertain default and IMF programme.

So as described below in the Article 4 comments, domestic issues/ imbalances are the main problem, and they manifest themselves as external imbalances. So relying on debt issuance instead of taxation to locals, expats and foreigners led to an inflated economy, rising REER, double deficit and the Covid disruption brought it to a head. They have failed to hike taxes enough, no SoE reforms, public sector head count increase not reduced etc. They passed it off as a growth plan. Then they have been hit with the slow tourism recovery (might be worth $2.5bn this year down from >$4bn in 2018 peak) and now the oil price spike and food price spike (they export tea, coconut and rubber and import some food items).

Scenario
They continue to pay the ISBs and reprofile the bilateral debt
I think this is possible on paper if remittances go up and the deval reduces imports. If we assume $500m remittances and a 25% reduction in imports:
Imports: -$1.35bn
Exports goods: $1.1bn and growing
Exports Services ex Tourism: $100m and growing
Tourism: $250m and recovering
Net income: -$175m
Debt service: -$450m
Remittances: $500m
Net -$25m

However this relies on remittances going back to $500m (peak was $650-700). I think without hiking taxes the continued money printing will cause remittances to be withheld. If remittances remain at $250m, the above net number is -$275m. ie their FX reserves will remain under pressure and they will need to keep finding net new money. As such I don’t see it as workable as they politically wont have the will to hike taxes following the devaluation.

They may continue with this policy for a little while longer though, but the import reductions manifesting themselves as power cuts, fuel shortages, food shortages and then impacts on tourism and industry and exports are bringing the issues to a head. Public protests are rapidly spreading now.


Default scenario
Either they default and restructure quickly or default and it drags on.

If the current government remains in power it will be politically very difficult to devalue, default and hike taxes simultaneously. The SLPP party has an absolute majority in Parliament and the coalition has a large majority, so they cant be forced from power easily.

So I think they default without a plan and then claim to be engaged in negotiations, while in reality struggle to agree a coherent plan that everyone signs up to and the Chinese project debt and the Common Framework equivalence will be an issue. They would save the $450m a month debt service and can stabilise their BoP even if remittances remain subdued and the FX grinds lower over time, so default should give them some respite even if there is no immediate IMF deal.

Even now after the Article 4 report is released and it clearly says Sri Lanka has to hike taxes there seems to be little news coverage or political discourse on this or recognition that the fiscal deficit is the main primary cause of their problems. Instead, the focus is on the instability and the shortages and then blaming ‘government incompetence’ and mobilising popular protests about the shortages. Sri Lankans seem to think they pay high taxes. When they do sit down with the IMF and start going through the practical steps necessary to agree an EFF deal I think they will struggle to come to terms with what is needed, and it will be a slow process.


Alternative political scenario
I don’t know the probability. But if the current government at some point, probably not in the next few months, admits it is unable to implement the necessary reforms, could the IMF oversee a technocratic government? In that scenario in the short term they can reprofile out the existing USD debt, agree an IMF deal and move forwards with the reforms. But there probably needs to be a lot more pain first.

They have in a normal environment $600-700m in remittances and $400m+ in tourism, plus $100m in other net services and a net income balance of -$175m. Some portfolio flows should also be possible over time, but ignoring portfolio/ FDI flows the monthly balance is almost +$1bn a month in USD coming in. Could they service $300-450m in debt service from that? I think so they just need to produce more and improve the import/ export balance. More people working and work being more productive would lead to higher taxes. Something like 2/3rds of the private sector is informal and don’t pay any income taxes.

The NPV is mainly determined by the exit yield, although the principal haircut has an impact:

IMF recommendations:
1.    Increase social safety net for poorest (while lifting subsidies and hiking taxes in general)
2.    Reduce non-tariff barriers to increase the amount of higher value goods produced and exported, eg goods within global supply chains. They didn’t spell out the non-tariff barriers but it is not the easiest of places to do business and the tariffs would hinder access to key imported components that are processed and reexported
3.    Institution building on corruption, efficiency, loop holes, governance, SoE profitability, maintaining investment levels etc
4.    Continued technical assistance and training to taxation dept
5.    Bring about debt sustainability, as current framework projected forwards is not sustainable, although that is also linked to the fiscal deficit
6.    IMF recommend a new Article 4 in 12 months time

6-8% of GDP fiscal deficit became a problem as growth slowed under the previous Ranil government and then Covid accelerated the problems: 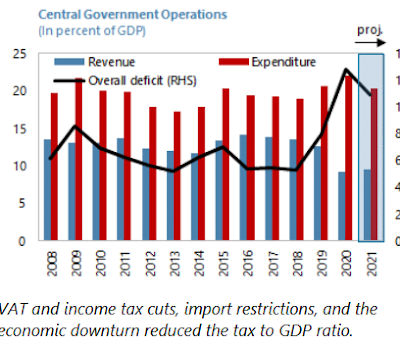 They passed a law that discouraged foreign ownership of local government bonds a few years ago, so foreigners exited (this should be reversible for index flows though): 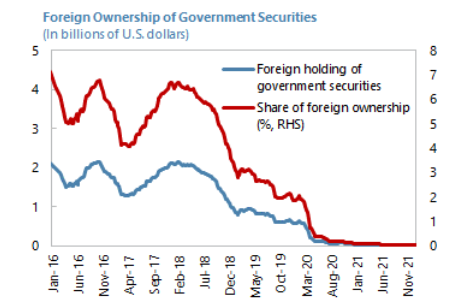 Government was running an economic sector balance of -5-9% GDP most years. 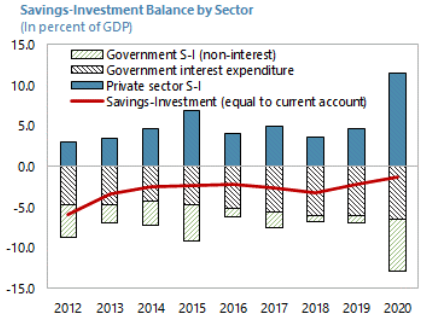 My points on the below, which is a static analysis of the current situation:

GDP growth forcast is low if the government implement necessary reforms and economy started to rebound (so a GDP warrant could be good for bondholders)
They don’t allow for higher taxes, reduced govt borowing, reduced CA deficit
They still have imports growing faster than exports, despite the recent devaluation and expected reduction in government deficit
Nominal GDP growth should be much higher this year, probably 35-60%, they only have 13.4%, that will reduce domestic debt/ GDP from a dollarised standpoint and local currency standpoint
They have no revenue from privatisation expected, which will surely be part of any plan
In 2026 they have govt revenue of 11.3% of GDP vs an average of 15-16% for countries with Sri Lanka’s GDP level and spending of 21.6% of GDP
In 2026 they have a financing gap of about 5% of GDP 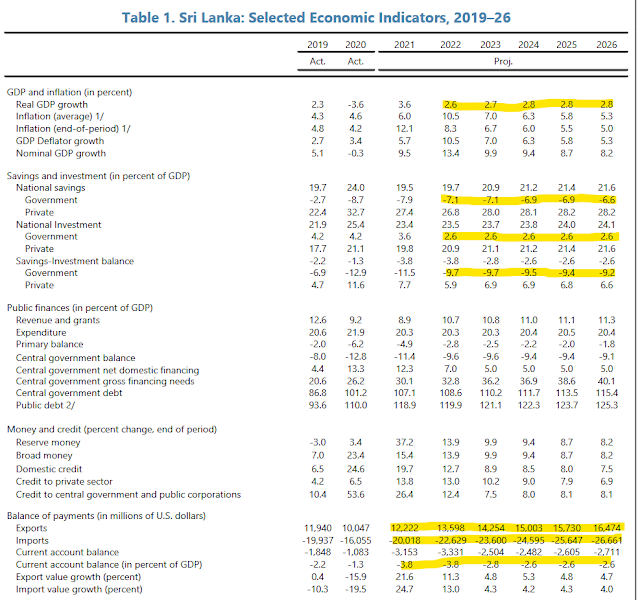 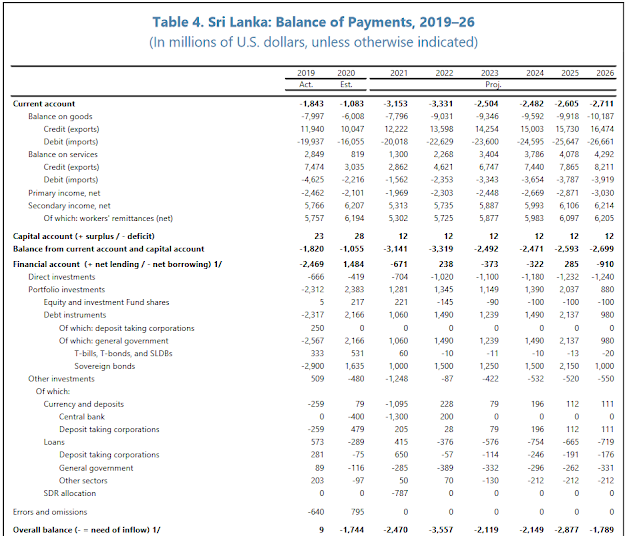 Assuming a decent part of the USD assets and liabilities are tied up in ISBs a hard default would impair bank equity while a reprofiling should not? Hotels and exporters are presumably most of the balance. 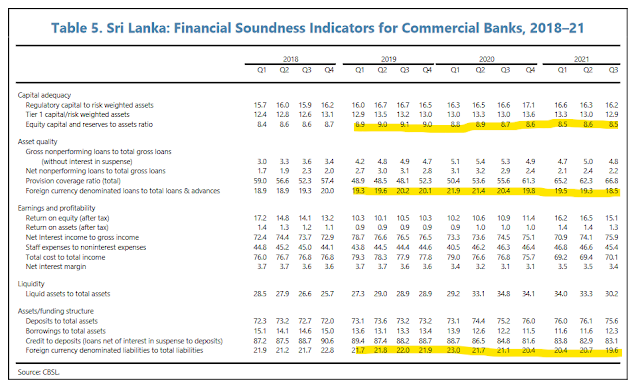 They achieved none of the prior main requests from 2019 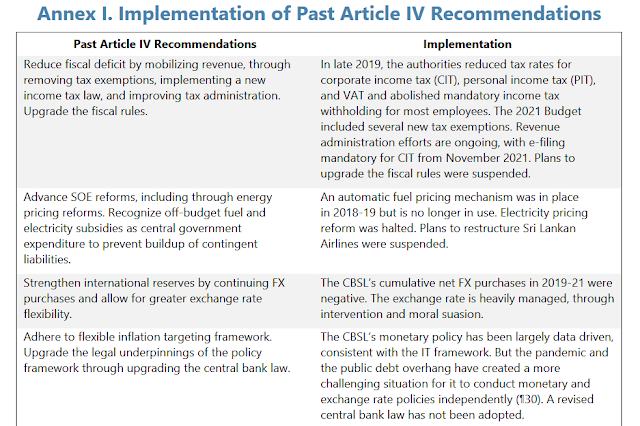 Achievable growth rates
They need reforms and foreign corproate investment to boost TFP along with capital stock, they may be able to get to 4.5-6% growth if they do that. Increasing labour force participation can offset slowing working age population growth. 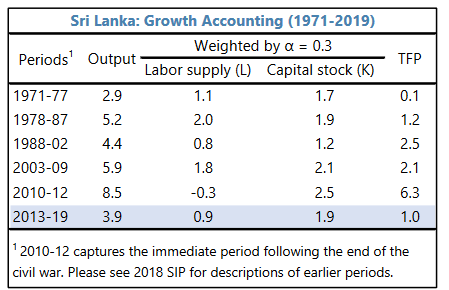 IMF is a bit pessimistic on this I think

Debt sustainability
A lot of the problems are domestic and based around the government historically borrowing instead of taxing. The external issues are less IMO but are linked.

If the SoEs made a basic RoE then only the Road Development Authority is really a liability of the central government. SoEs should contribute positively to the budget not drain it and be a balance sheet risk.

External ISBs were $13bn in Dec 2020. I think there were $1.5bn in maturities since then (last July and this Jan). So we are talking $11.5bn or so externally owned Eurobonds. Its not the main issue.

The main issue is the dollar shortage created by domestic credit creation and the government is the main culprit there. Then secondary factors like tourism slowdown, lack of confidence, low reserves, remittances withheld in advance of an expected devaluation etc 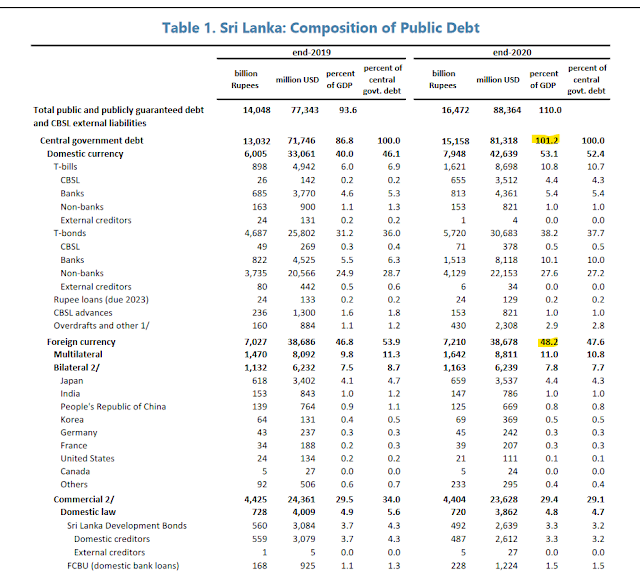 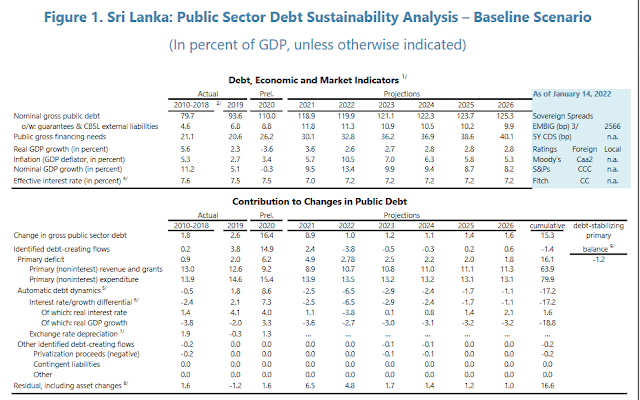 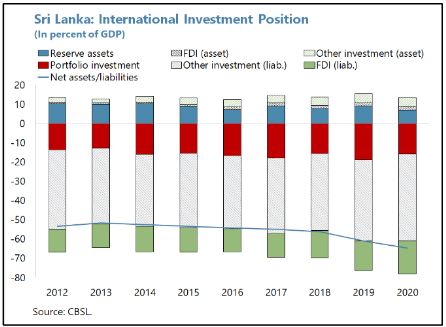 The IMF model implied a 17% REER devaluation requirement, but the currency just devalued 50% plus in one month. A 50% deval with 18% elasticity, implies a 9% import compression, or call it $160m/ month improvement? Seems low and the import compression might be higher. Exports should also be boosted. 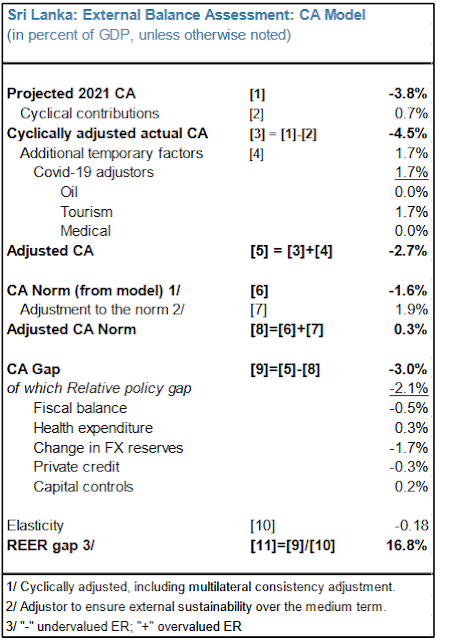 They had stupidly let the REER appreciate as they tried to bring inflation down at the same time credit was growing strongly, then when the peg broke this month it has unwound massively. 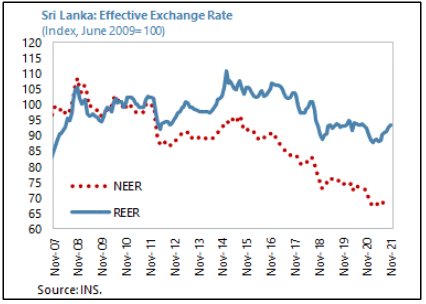 SSN spending is low vs peers and could be boosted while taxes rise: 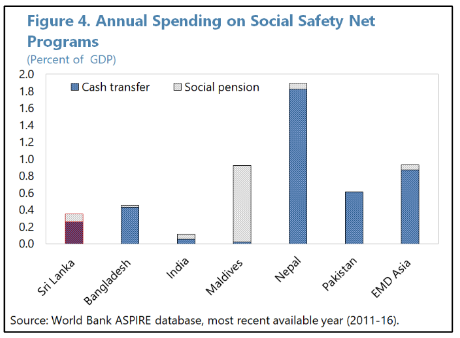 Lack of transparency of government finances

Posted by Strategic macro at 11:37